A Review of Spyros Papapetros’ ‘On the Animation of the Inorganic: Art, Architecture, and the Extension of Life’(University of Chicago Press: Chicago & London, 2012).

To what extent do humans have agency in the worlds they inhabit? What can we consider as animation? How far does life extend? These three questions are but an initial triangle shaped sample of the many questions nestled within the pages of Papapetros’ book. A book that encompasses a vast range of important aesthetic and historical interventions and explorations. Drawing on the work of some influential European art historians such as Aby Warburg, Wilhelm Worringer, Otto lehman, and Ernst Haeckel this book is one of a handful of critical studies of the fluid movements that have been considered as possible explanations for the movement that resides in matter we long considered to be dead. Such is that ingrained assumption inherited from ancient cultures that things that are visibly in motion are alive and that which is opposite isn’t. How then does this text undermine and usurp this assumption?

By taking these mostly conservative German sources and drawing a line from Warburg’s dissertation ‘Sandro Botticellis “Geburt der Venus” und ‘Frühling,’(1893) with its aims of exploring the animated status of the fabrics and clothing decorating the bodies of art on to Worringer’s Abstraction and Empathy (1919) putting forth how this historian saw an inorganic framework of the swirling motifs of the animal ornamentation of the Nordic and Celtic forms. Lehman, who was a crystallographer, coined the term ‘flüssige or fliessende Kristalle’ (liquid or flowing crystals) measuring the changes in expansion under heat and cold temperature. Finally, Haeckel also adds to this liquid crystalline section of the book, but he demands we consider the homophagy involved in the creation and merging of crystals: clearly pointing to, ‘how immobility can become pregnant with a new form of life’. This nod to cannibalism makes me think of how languages swallow other languages; and how some languages manage to resist such a process. German is encountered on every other page of the book because of its unique place in aesthetic thinking.

It is certainly true that next to this gratitude we should have for the book’s capacity to teach and remind the reader of the beauty of the German language; there is another unarguably special quality this book contains. Everyone understands that books are better when they have pictures in them and in this case you shall not be left disappointed. One example of such a visual delight comes from a cartoon in a political magazine called Simplicissimus (1919) the image is of an aggressive German expression of cubes attacking man; the German reads, ‘Die Kurve, die Grundform des Kapitalismus, ist überwunden. Die neue Beist bricht an. Dröhnend marschiert der kubus durch das Universum’ (“The curve, the primary form of capitalism, is overcome. The new day dawns. Threateningly, the cubes march through the universe.”). Other examples of visual events that are striking include a slide of a book, James Furgusson’s Tree and Serpent Worship (1868); on Asian culture and belief that supports a reverence for snakes and their mechanical cold blooded motion. 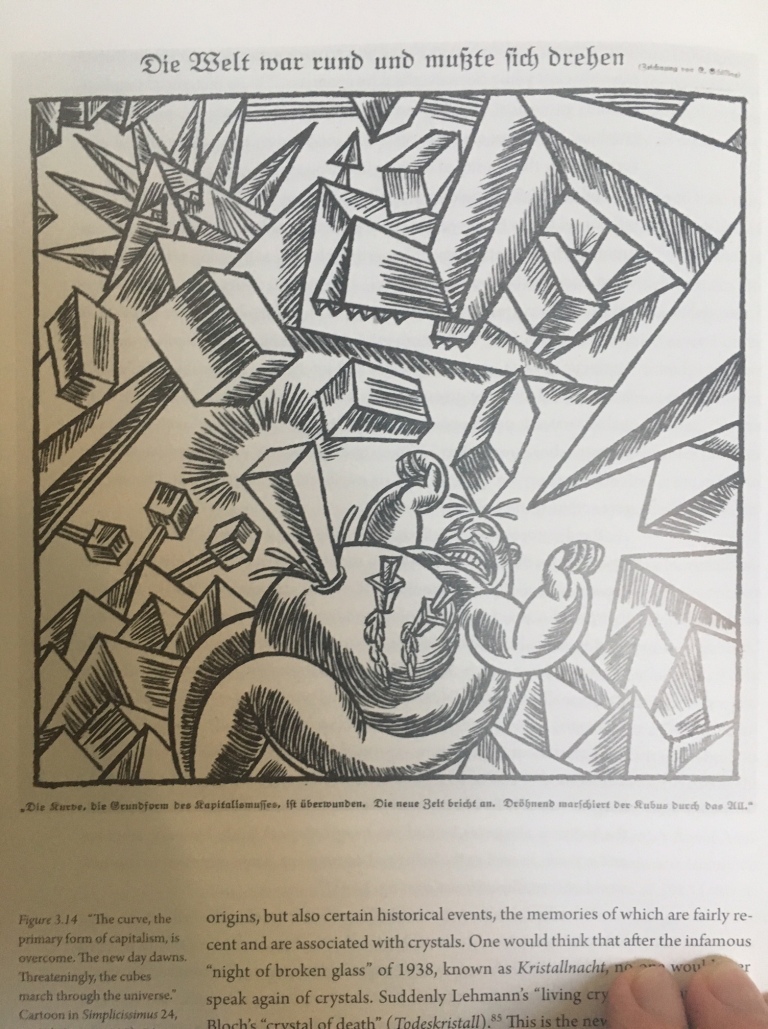 Next to this Ouroboros reminder we find a delightful reference to a French love of liquor found in the very first advertisements for the tire manufacture Michelin. One poster is titled with the Latin Nunc est Bibendum (“Now let us drink!”) we learn these posters carry a force from the painter Fernand Léger that moved from the ancient pneuma (soul/spirit) and towards a French pneumatique invested in the production of rubber tires; objects that remain just like the beings who invented them something capable of inhaling and exhaling air. Prior to this automotive turn there is the matter of how artists and philosophers such as Picasso and Emile Durkheim wrestled with that powerful form of nature the forest. But, as we soon find out this place of wonder is also a place of horror and so reflects the book’s line of inquiry as it shivers down its spine. Penultimately culminating in perhaps the most iconic transformation or animation in the history of Western art; the flight of Daphne from Apollo. The psychoanalyst Jacques Lacan thought of Daphne as an example of an architectural limit, a plane of identification that is beyond our reach, and so completes this texts invitation to reflect on the inorganic and its maddeningly marvellous movements.

Such illustrations allow a route into the aim of this book. By highlighting the human’s struggle against reality Papapetros also simultaneously highlights how the struggle itself lends form to an inhuman energy: an animation. One that is in need of special attention and although this book is nearly eight years old it has lost non of its power to enrich the minds of its readers. 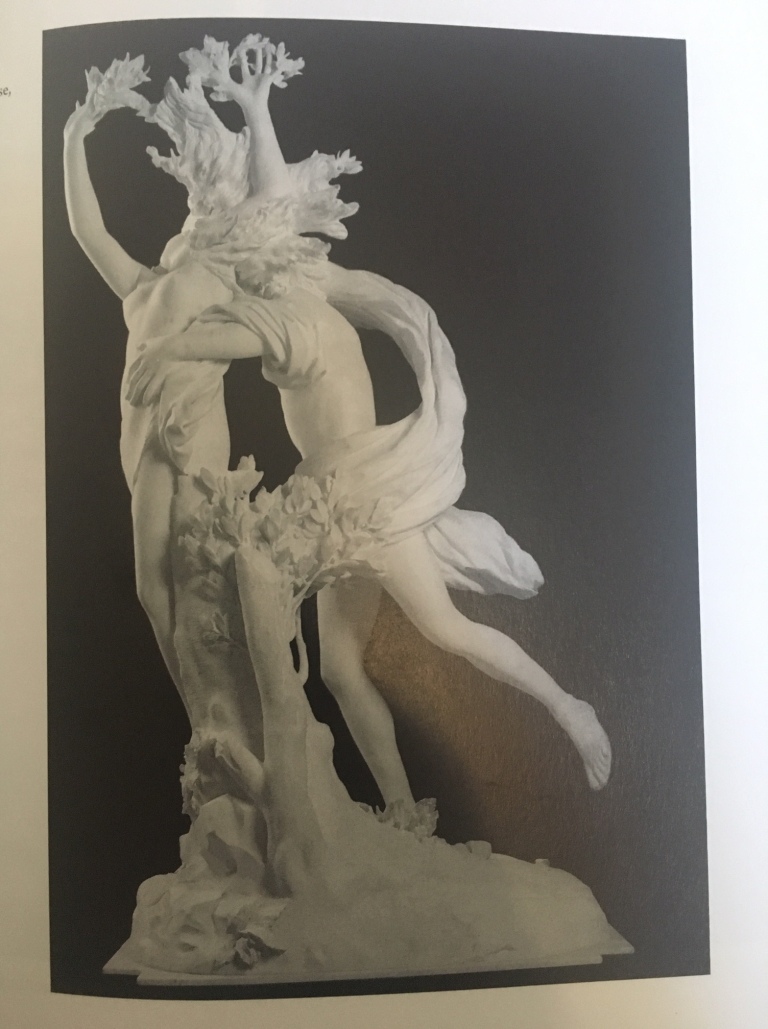 Paul Harrison is a graduate of Sheffield Hallam University and KU Lueven University studying Art and Philosophy respectively. His work has always centred around understanding animation but is increasingly becoming interested in language. In the future there are plans to combine these things.

One thought on “Inorganic Animations”